I am going out to see Stanley Hauerwas tomorrow at a conference in Chicago. He is speaking on whether or not the church matters. He is a man and that is a topic that I consider worth driving seven hours to hear. I confess that I am not all that hip on Hauerwas’ work; I’ve read bits of the Hauerwas reader and about the first half of Resident Aliens and so I figured before I find myself sitting next to him at breakfast I better read his memoir so I’ll have something to say. 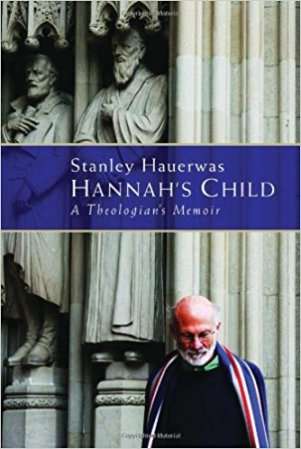 I have heard good things about Hannah’s Child and have been intrigued by the man ever since I heard that he personally responds to every single letter that he receives but this trip finally gave me the occasion to sit down and read. I’m glad I did. It’s a fascinating Bildungsroman replete with love, madness, ideas, sex, and God. “This book is very different kind of work in which you expose and make vulnerable your own life in a way that cannot help but make you feel a bit uncomfortable. It’s a very special book for me. I care deeply about it” Hauerwas says in a 2010 Duke interview, the year Hannah’s Child was published. “I suppose if I’m remembered for any book that I’ve written, it’d be this one.”

In a way I felt bad for Hauerwas throughout the book because of just how exposed and vulnerable he is in the work. By that I mean that I am by nature someone that is extremely cautious of other people’s privacy, especially if they are a public figure and yet even I began thinking that I was reading a letter from a friend that I’ve known for many years. I figured that if I was feeling this way, every single person that has ever read this book must consider Hauerwas a friend and that must be exhausting for him, though he does say that his desire for friendship may be somewhat pathological. Perhaps what is most remarkable is that though the memoir was written by a theologian who has exerted more influence on the Church than all but a handful of his peers he makes you feel like you are reading the memoirs of your best friend from high school who teaches down at the local tech school. 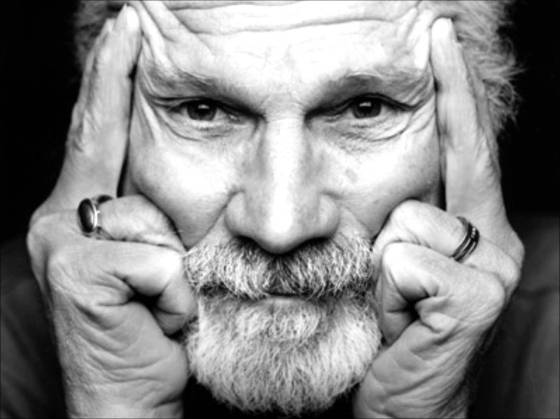 At times this offhanded approach felt like too much such as when he says that “I don’t even know what it means to be a teacher” and yet has spent four decades teaching and continually refers to the joy that it brings him and the importance of that work. Or when he says that “He is a Christian because it helps him live more truthfully” when the fact is that his entire schema of ideas is built on the Barthian claim that it is only by the light of the cross and resurrection of Jesus that we have any idea what truth means. I can’t let him get away with vacuous statements like that and neither should you. But aside from those more annoying misplaced confessions of ignorance, Hauerwas leaves a lot of his cards on the table. He doesn’t even mention meeting Pope Benedict, for example and yet manages to refer to dozens of his students by name.

Another remarkable aspect of the book is that even though it is a memoir it often feels more like a sequence of sketches about his friends and family than Hauerwas himself. Hauerwas rarely reveals his inner thoughts in a way that one would expect from a memoir and he even admits in the end that this book is more about his friends than it is about him. There is a striking moment, more than halfway through the book, when his first wife has left him and he returns home to an empty house. He said it felt “lonely” and the reader feels like he is able to exhale for the first time because though Hauerwas has felt like an old friend for the whole book, this is the first time we are able to truly feel with our friend, because it is the first time that he has let us see that his work ethic won’t be able to solve the loneliness he feels at the moment.

Somehow, Hauerwas manages to render university politics with the flare of a novelist and, as other readers have said, it was a hard book to put down. I think the reason for that is that Hauerwas finds every single person and every single thing that he gives his attention to to be of infinite complexity and interest and that is an infectious position to witness. It is also a truly Christian position. St. Thomas said that we cannot know the essence even of a fly.

If you’re interested in how Hauerwas became a world-renowned theologian and the steps you need to take in order to achieve that status, this isn’t the book for you. If you are interested in how a lower-class Texas guy has navigated his faith and work and family and love a great story, you’ll have a great time with it. Hauerwas manages to accept the fact that he is theologian who possesses a great deal of clout, and there is no false humility here, but he never writes in a way that feels like “damn, it’s good to be me” as he so easily could have. When he says that “I am a full professor with an endowed chair in a top research university” it doesn’t cause the wannabe academic in me to bristle with jealously because we’ve seen how much work and pain has been put in to be able to write that sentence. Hauerwas says that what it means to have children “is to learn to live without control.” The fact that Hauerwas has given us this book means that he has taken that message to heart.

One thought on “Stanley Hauerwas”

A Dad trying to cope with the loss of his Partner and becoming a single parent.

Books | Reflections For the Good of the Church

Along the Way Home